PF+A Architecture is delighted to announce its expansion into the northern island of Alderney. Colin Partridge has been appointed as a consultant to PF+A as he steps down from the architectural practice he founded some 44 years ago.

Charlie Hodder will lead this initiative for PF+A and will be a regular visitor with other colleagues from the Guernsey team to assist  current and prospective clients with their projects. PF+A have offices in Guernsey and Jersey and provide architectural services across all the Channel Islands.

Charlie Hodder of PF+A said, "This is an interesting time for Alderney with more people moving to the island or looking to improve their homes and businesses. We have several live projects in Alderney and are visiting the island every couple of weeks. We are really looking forward to working with Colin as he retires and to continue to support the local community by providing high quality architectural design that will enhance Alderney’s built environment."

Colin Partridge is retiring from practice but will work as a consultant to PF+A to ensure that Alderney continues to enjoy a high standard of architectural services. Colin had worked in Guernsey from 1972 before moving to Alderney in 1978. Since that time, he estimates that he has enjoyed being involved in more than 1,100 commissions of all shapes and sizes.

He also served twenty-two years as a jurat in the Alderney court, sixteen of which as chairman, for which he was appointed an OBE in 2012. Colin said, “I am looking forward to a close working relationship with PF+A to the greater benefit of the Alderney community and future sustainability of the island.” 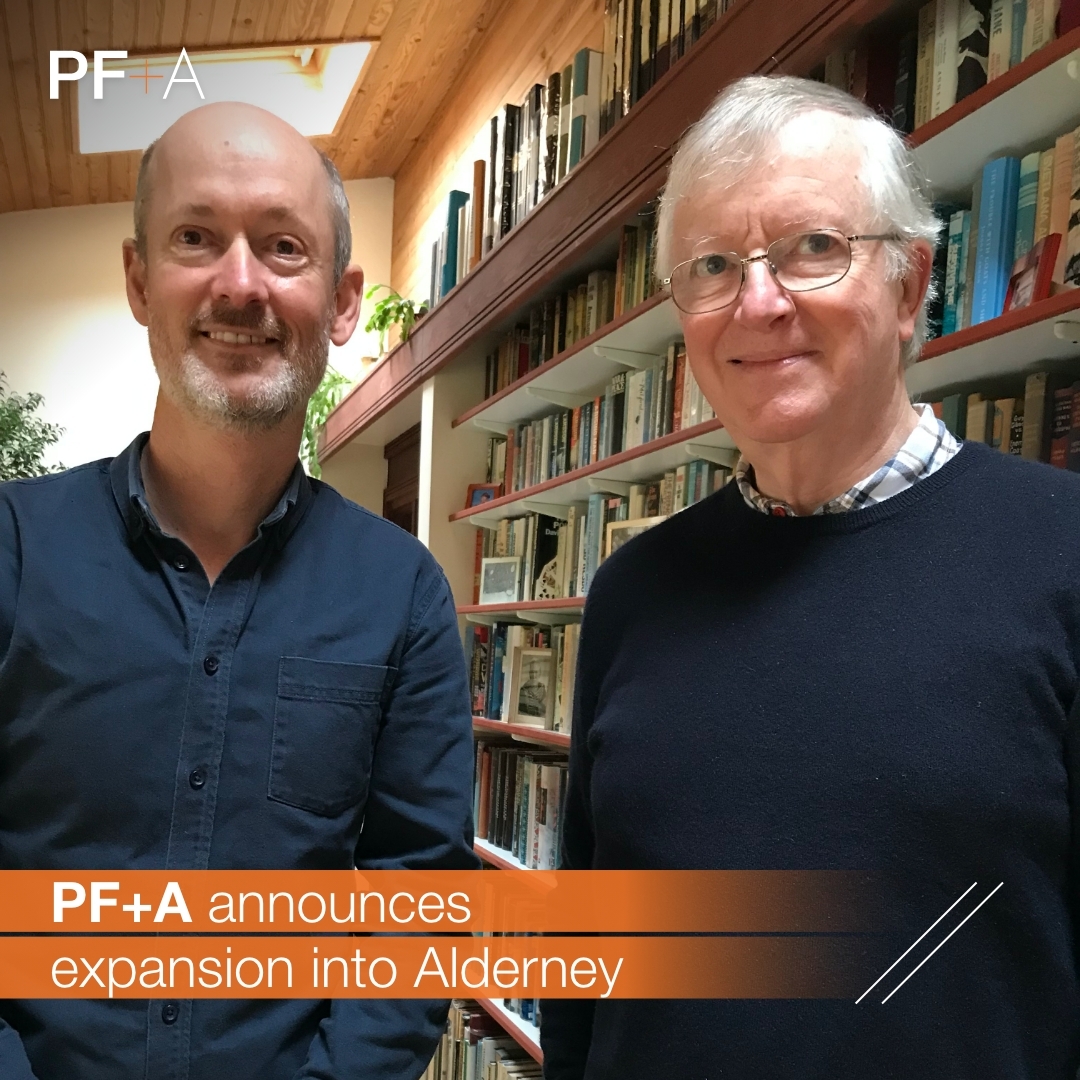