In light of the recent debate about the lack of affordable housing in Guernsey, Architect Charlie Hodder from PF+A discusses different models for community housing. 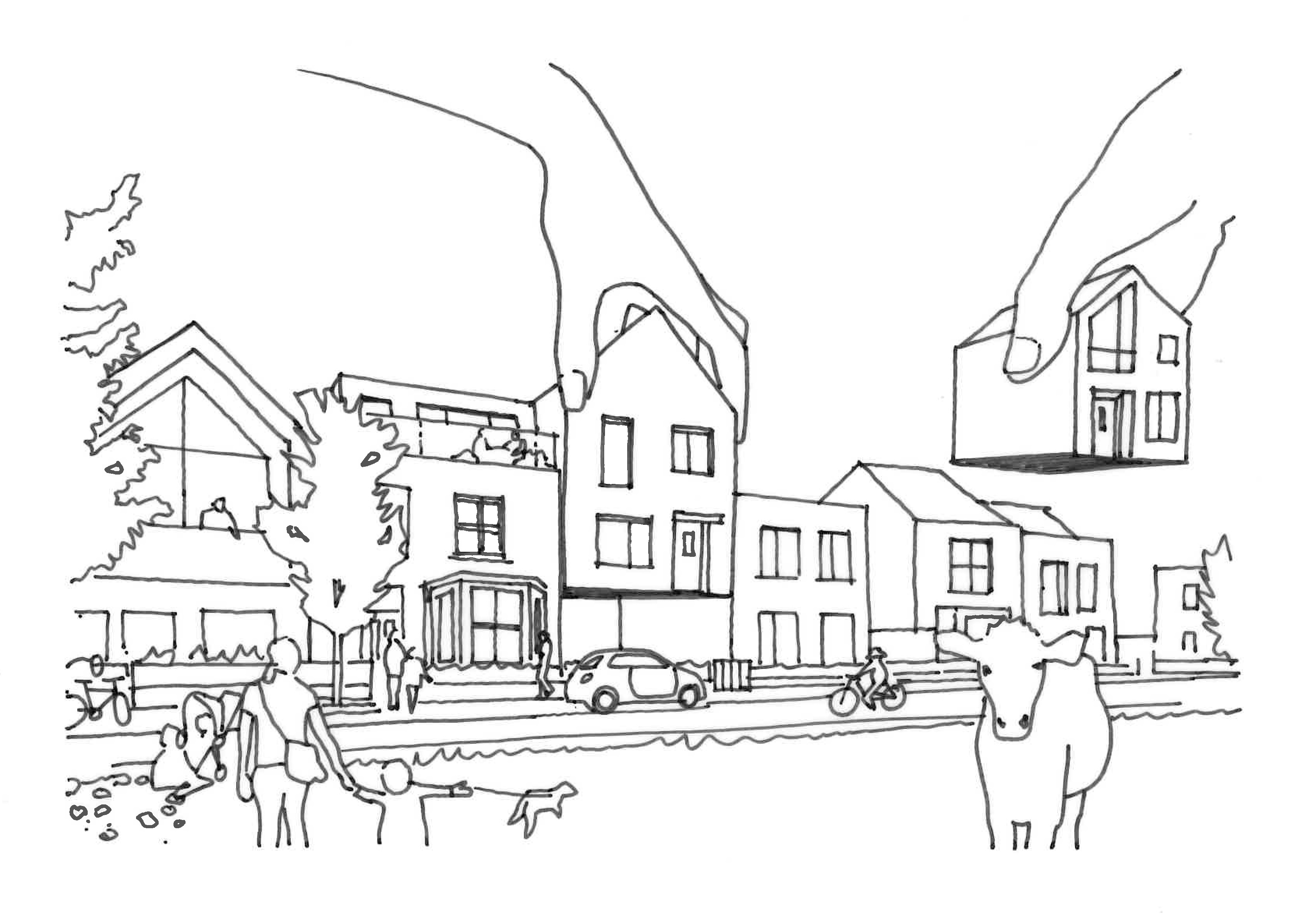 With house price inflation rocketing beyond the level of affordability for most first time buyers there is a growing realisation that we are in need of some fresh thinking if we are not to jeopardize the future prosperity of young people in our community. Quite a lot has changed since the last Housing Market Review by KPMG in 2017 and the demand for housing is greater than at any time before. This has been exacerbated by returning islanders seeking to avoid the uncertainty of the COVID pandemic in the UK and rest of Europe.

In the autumn a Housing Action Group was formed by the States under the chairmanship of Employment and Social Security president Peter Roffey to speed up the building of more homes. But should it be just about delivering more homes? Some people have commented that simply building more homes will not solve the problem so much private sector housing is simply bought as speculative investment to rent out and to date no affordable or social housing has been delivered through private sector development. Furthermore, it appears unlikely that this situation will change any time soon as developable land is in short supply and there is often widespread local opposition to development. This has been highlighted by recent media coverage over several planning decisions for housing developments, which raises some interesting questions, not just about where we should be building housing but what kind of housing will best serve our community in the long term.

The Guernsey Party has also written a very informative discussion paper entitled ‘More Affordable Housing’, which includes some excellent research into the demographic and economic situation and how to normalise the market. They suggest a number of solutions, which include increasing the supply of land by re-zoning horticultural land, improving the availability of mortgages, increasing the financial incentives for first time buyers and looking at alternative methods of construction to make scalable housing development more viable by utilising prefabricated construction. Of course prefabrication is already widely used on the island in the form of timber frame construction where individual wall and roof trusses are delivered to site off the back of a lorry - but could we go further by having modular houses delivered to the island from the factory? Some hotel developments are delivered to site with all the internal finishes, including the curtains, fitted in the factory and the rooms ready for occupation as soon as the plumbing and electrics have been connected.

However, full modular housing may not be the panacea that it appears. It would remove work from the Guernsey economy and contrary to popular thinking modular housing can be more expensive in terms of build cost than traditional construction, with the main advantage being a reduction in the time on site. It is well suited to large multi-storey developments with constrained sites where speed is of the essence.

Perhaps the Housing Action Group should be looking at the other end of the spectrum, to a more low-tech solution that can be achieved on-island and is more familiar to the Guernsey people. I am referring, of course, to self-building and people power over automation.

Perhaps we could deliver more social mobility and truly address affordability if we tap into the Guernsey Together spirit - but before describing some of the ways to do that let’s take a look at the economics that underpin most development on the island. Most private housing in Guernsey is delivered via the traditional developer route. In this model the developer buys a parcel of land, applies for planning consent for more housing and either sells the land at a profit or employs a contractor to build out the scheme. Every time the parcel of land is traded, profit is taken and the price escalates - which puts pressure on the planning authority to increase the amount of development and the housing supply has not been increased. Furthermore if an investor mistakenly overpays for a site then the solution is often to wait until the market rises sufficiently to make it profitable again before developing or trading, a process that can take many years.

It is worth mentioning that the Guernsey Housing Association effectively operates as a developer, except that they are required to build-out developments as they are usually provided with States owned land at a significant discount and the build costs are met through a combination of States funding and private sector borrowing.

It turns out that The States of Guernsey is the owner of a large amount of historically acquired land and buildings, making them the largest owner of undeveloped land on the island. This is not unusual and the SOG will sell property to developers on an individual basis as part of an ongoing estate consolidation programme. Land is sold by public tender to achieve best value or through negotiation with the developer to ensure that the sale will result in the delivery of new housing for the public’s benefit.

However, what if ordinary people looking to buy their first home could get access to some of this land? Several alternative models for delivering housing that allow people to build their own homes are gaining popularity all over the world. Guernsey is the ideal place for self building. We are only a small island, so travel distances are relatively small and everyone knows someone who is in the construction trade. If more people could access affordable, developable land, there would be plenty of potential self builders out there.

Below is a guide to some of the models used for community housing and self build and some examples of where they have been a success. There are lots of different models for achieving affordable housing that could qualify as Community Plans to receive special status under planning. The 2016 Island Development Plan includes provision for Community Plans but to date no proposals have come forward and there has never been any community led housing developments on the island. So why is it that on an island famed for its community spirit, no community groups have come forward to address the need for affordable housing in Guernsey? Maybe it just needs someone to start the conversation.

If you are interested in forming a community group to bring forward any of these ideas, please contact Charlie at PF+A .

Custom build homes allow you to work with a developer as an individual or a group to help deliver your own dream home. The developer may provide a serviced plot with all the infrastructure in place for you to self-build from, or they may manage the construction of your home tailored to match your individual requirements.

This has been done successfully on a large scale at Gravel Hill in Bicester, where the council sold the land to developers in order to sell serviced plots at an affordable level with each individual self building their own house. In other examples the developer has provided a choice of off-plan designs to choose from. It would also be possible to provide the basic shell of these houses without the fixtures and fittings- an area where normal developers make big profits- letting people adapt and improve their home as time and money affords.

Community Land Trusts (CLTs) are set up and run by ordinary people to develop and manage homes and land important to that community. The value of the land is effectively removed from the equation, through deed covenants, taking away the possibility of speculation. CLTs are managed as non-profit organizations to act as long-term stewards of housing, ensuring that it remains genuinely affordable, not just for now but for any future occupier. A CLT has been operating successfully in Cornwall since 2007 with initial funding provided by the council and local charities. To date it has enabled more than 230 affordable homes.

A co-housing project involves a constituted group of people creating their own neighbourhood of homes with shared facilities. A community ethos is at the heart of this type of housing and it often involves people of all ages and walks of life. This multigenerational living approach would be ideally suited to Guernsey with an aging population that will be dependent on having younger people around to help out. This interdependency goes both ways with housing studies showing that all members of society benefit from living in multigenerational communities.